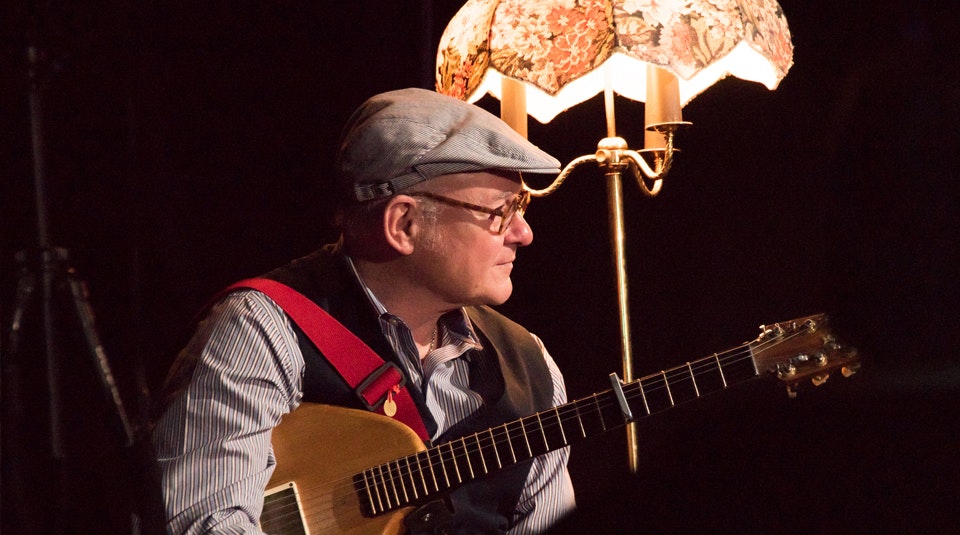 Globally acclaimed by critics and fans alike for his unique acoustic and electric fingerstyle guitar playing, Adrian Legg masterfully blends diverse musical styles, influences and inspirations to create a distinctive sound all his own.

But there’s even more to Adrian Legg’s draw as an engaging, one-of-a-kind performer. Described by Audio Magazine as a “kind of cross between Robert Fripp and Garrison Keillor,” Legg is more fully characterized as a “genuine entertainer who excels at not only painting pictures, if not frescoes, and telling stories with music— but also wittily regaling his audiences with tales from his life and travels and his cogent and often oblique yet thought-provoking observations on a spectrum of topics. It’s all part of his dedication to making his performances a full- blooded emotional experience.”