An event every day that begins at 11:00 am, repeating indefinitely 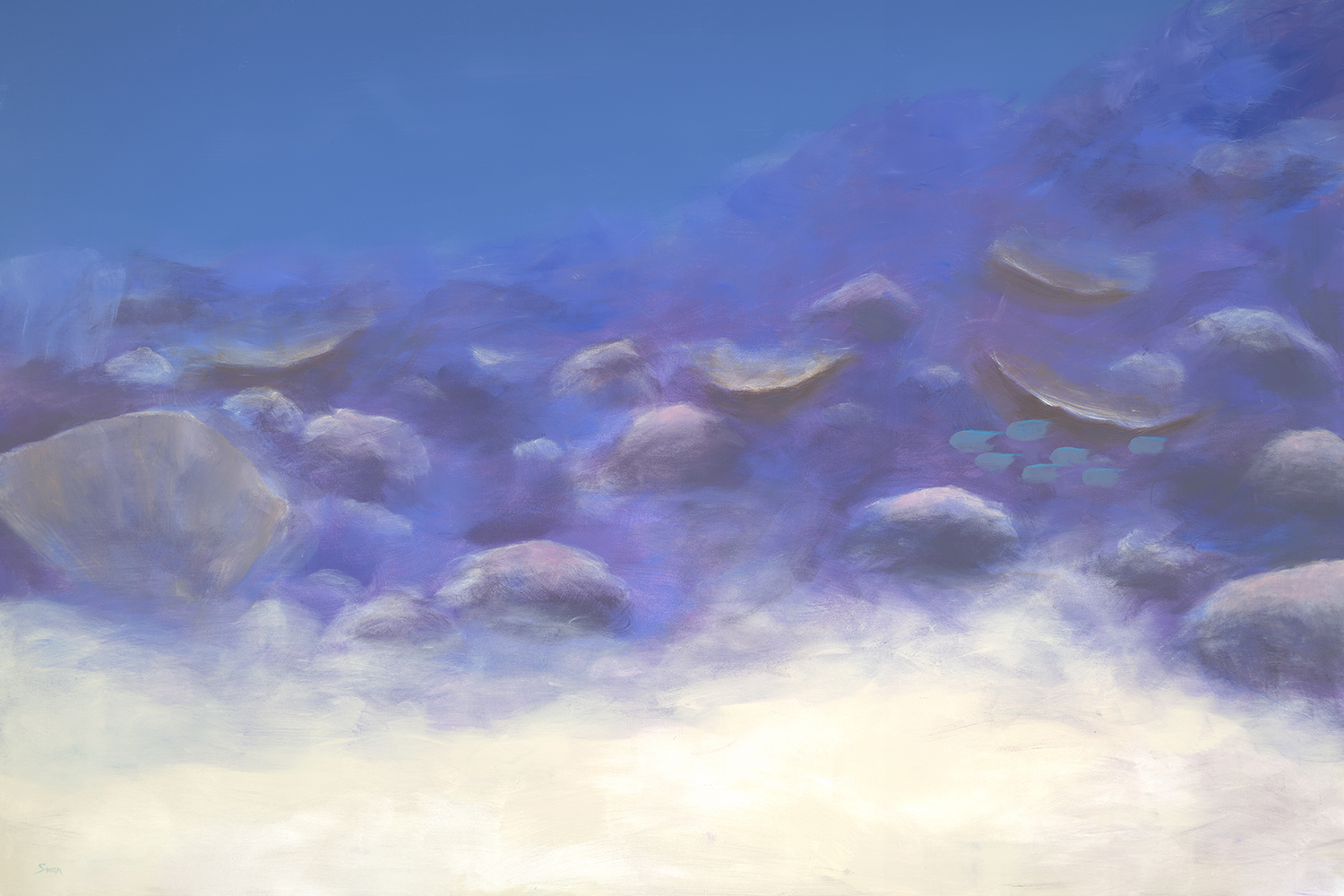 His passion for the beauty and mystery of the coral reef has led Bill Swanson to attempt to bring attention to its endangered ecosystem, through his paintings.

“I started scuba diving in 1985 with a trip to Roatan, Honduras,” and it was not until 1998 that Swanson began studying painting Pennsylvania Academy of Fine Arts. His love of diving has remained, but due to the strenuousness of this sport, he limits his exploration to snorkeling to catch the beauty of underwater life.

Memories of the beauty he saw while scuba diving and his continued concern for the underwater environment have been a constant theme in his large paintings.

His works are featured in the window and inside the gallery during this solo exhibition. Swanson will be in the gallery for our MEET THE ARTIST event on two consecutive Saturdays, June 26 and July 3o from 10am to 3pm.