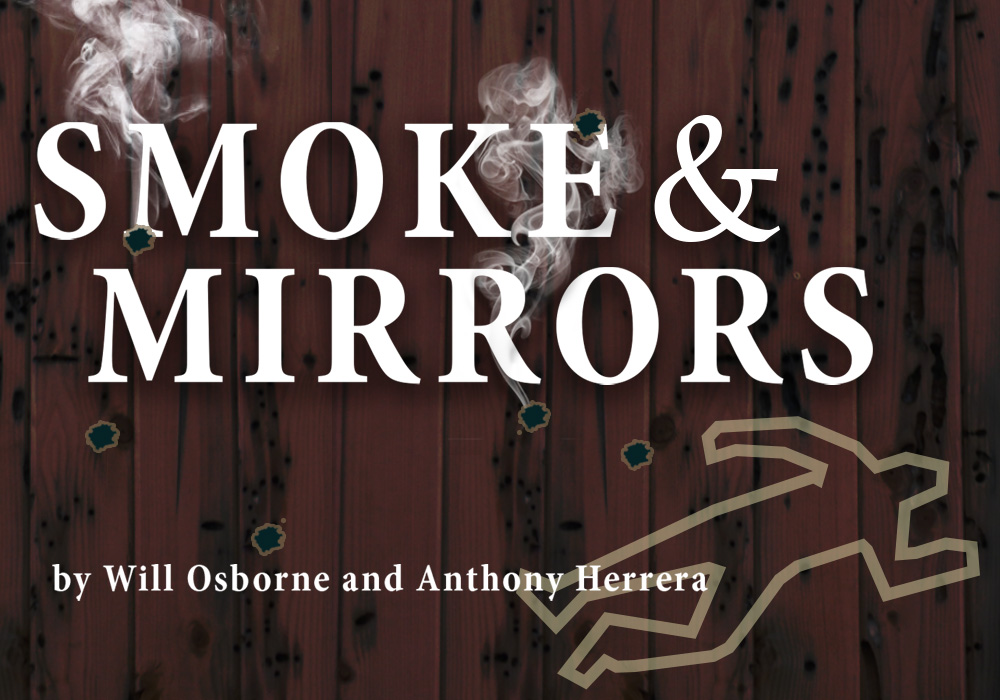 Hamilton Orr will stop at nothing to get what he wants. A top Hollywood director, Hamilton comes up with deadly scheme to gain control over a multi-million-dollar film. He just needs to persuade the movie’s screenwriter, Clark, to get onboard. And make sure that Barbara, his wife, plays her part. When his plot doesn’t go as planned, Hamilton comes face-to-face with the wily local sheriff, Leroy. Smoke and Mirrors keeps the audience guessing (and laughing) until the end.

Smoke and Mirrors by Will Osborne and Anthony Herrera will play beginning August 3, 2022 in FST’s Gompertz Theatre.