Western Interpretations of a Daoist Classic: The Reception of the Zhuangzi 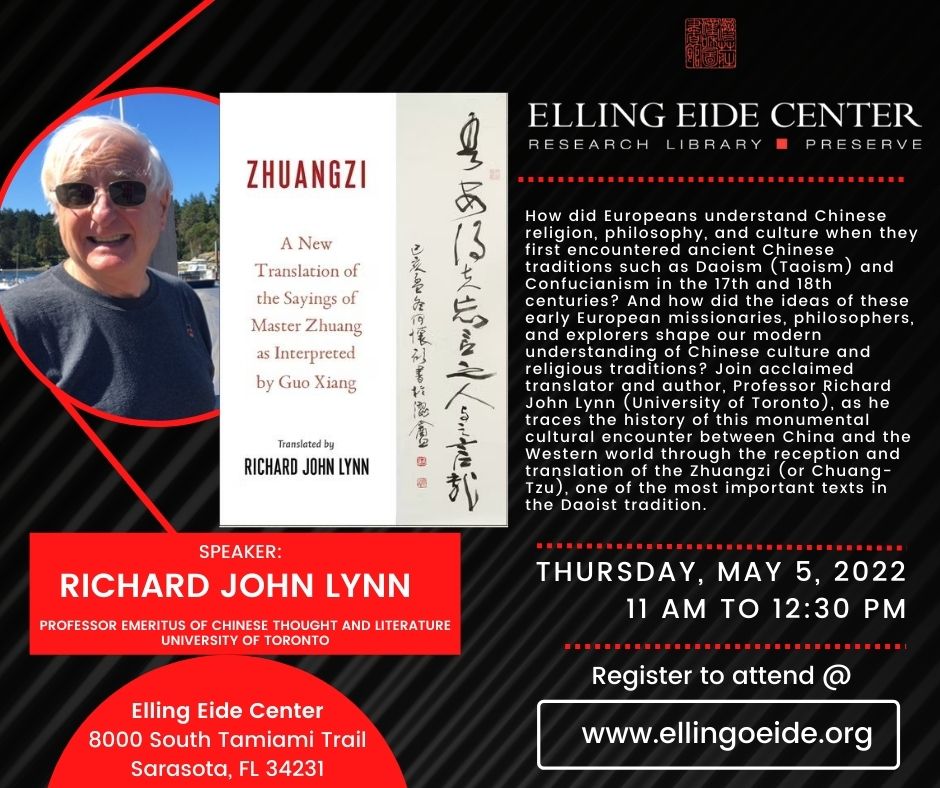 Western Interpretations of a Daoist Classic: The Reception of the Zhuangzi

Thursday, May 5 at 11:00am EDT (Attend in person or online)
*Free event; donations accepted.

How did Europeans understand Chinese religion, philosophy, and culture when they first encountered ancient Chinese traditions such as Daoism (Taoism) and Confucianism in the 17th and 18th centuries? And how did the ideas of these early European missionaries, philosophers, and explorers shape our modern understanding of Chinese culture and religious traditions? Join acclaimed translator and author, Professor Richard John Lynn (University of Toronto), as he traces the history of this monumental cultural encounter between China and the Western world through the reception and translation of the Zhuangzi (or Chuang-Tzu), one of the most important texts in the Daoist tradition.

Professor Richard John Lynn has held positions at universities in New Zealand, Australia, U.S.A. and Canada. In 1999, he was appointed Professor of Chinese Thought and Literature at the University of Toronto until his retirement in 2005. He has more than 100 book sections, journal articles, and reviews published on pre-modern Chinese poetry and poetics, literati culture, intellectual history, and the visual arts, and is the author of translations such as The Classic of Changes: A New Translation of the I Ching as Interpreted by Wang Bi and The Classic of the Way and Virtue: A New Translation of the Tao-te ching of Laozi as Interpreted by Wang Bi. He is currently working on a translation and study of the Daoist classic, Zhuangzi, with commentary of Guo Xiang (Columbia University Press, 2020), and a study of Huang Zunxian’s literary experiences in Japan (1877– 82).