Gracing the corner of Palm Ave and Cocoanut Ave in front of Florida Studio Theatre’s Keating Theatre, the Butterfly Lady was donated the City of Sarasota by Paul Passerat and Jack Wise in 2000.

This bronze statue was created by Auguste Moreau, a French sculptor who lived between 1834-1917.  In 2000, Paul Passerat, owner of Coco Palm Gallery which was located at 1255 N. Palm Ave, purchased this bronze sculpture from a gallery in Washington, DC. Paul and his partner, Jack Wise, then donated this piece to the City of Sarasota to be placed in the theater and arts district. 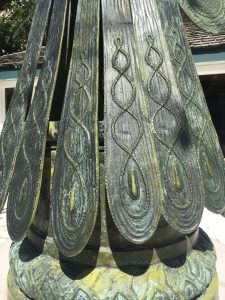 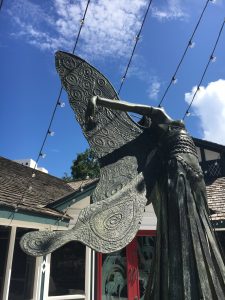 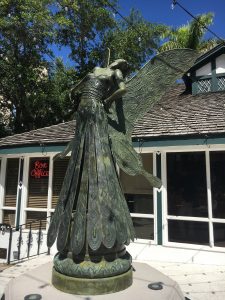 Butterfly Lady stood in the median at Cocoanut and Palm for over 15 years. In March of 2016 construction began on that intersection and she was moved to Five Points Park.

At the same time, Florida Studio Theatre (FST) was making plans to add a new front terrace to their Keating Theatre. The building that houses the Keating Theatre was constructed as the Sarasota Woman’s Club in 1913 and FST has made it a priority to honor the history of the building while also being a major contributor to the local arts in Sarasota. 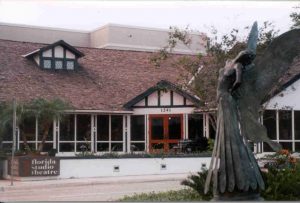 In 2016 FST approached the City with the idea of moving Butterfly Lady to their new entrance. This would allow Butterfly Lady to remain in the heart of the theater and arts district as was intended by the donation. However, FST is private property and the Butterfly Lady is owned by the City. Paul Passerat wrote a letter to the City stating, “At this time, with the expected construction that will soon take place on Cocoanut Avenue, I request that it be moved to FST’s campus. Florida Studio Theatre has, for the last 40 years, been an important asset to the city; and thus, the “Butterfly Lady” would remain an integral part of the downtown Arts District of Sarasota.”

Butterfly Lady continues to serve as a symbol of Sarasota’s vibrant downtown arts and theater district. 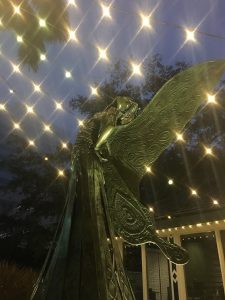