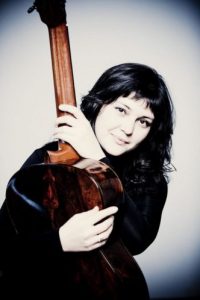 Irina was a child prodigy who by the age of twelve was touring in concert throughout Russia.  Besides having received many awards, Irina is known for the beauty and elegance of her playing.

Sarasota Concert Association Great Performer Series: Musicians from Marlboro March 30, 7:30 p.m. An offshoot of the Marlboro Festival created by Rudolf Serkin, the Musicians from Marlboro are acclaimed both for their joyous, thoroughly prepared performances and for fostering artists at the beginning of their careers—including such luminaries as Yefin Bronfman, Richard Goode, and Richard Stoltzman. Repertoire  • Respighi — Il Tramonto for Voice and String Quartet • Brahms — String Quartet in B-flat major, Op. 67 • Mendelssohn — Octet in E-flat major, Op. 20 At… 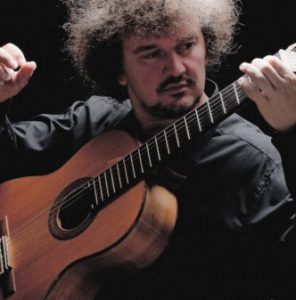 Zoran has received many awards, most notably first prize in the Spanish Guitar Festival in Madrid, and a special award, given for the first time to a non-Spaniard, for best interpretation of Spanish music.  His concerts present a wide range of music from Bach to Britten to Sor, Albeniz, Tarrega, Villa-Lobos and Brouwer.

Celebrate the power of choral music through an exciting performance by more than 200 singers of all ages, from high school students to seniors. In its 7th year, this intergenerational choral festival has inspired countless high school students by encouraging music-making at the highest level. Hear the very best repertoire of the season from Booker, Riverview and Sarasota High School choirs performing separately and alongside Key Chorale. O! What a Beautiful City – Shawn Kirchner Awake the Harp – Franz J Haydn Alleluia – Paul Basler…

Find out more »
+ Export Events
Do NOT follow this link or you will be banned from the site!